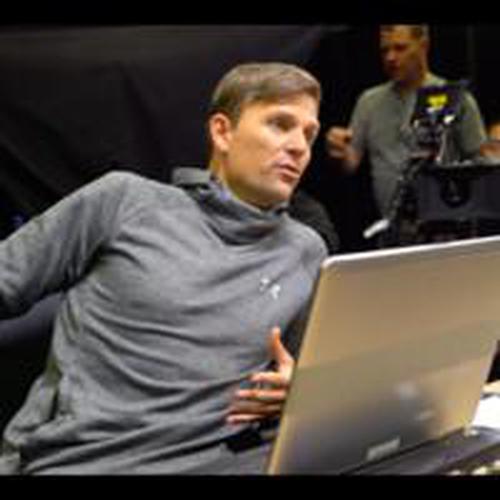 World-renowned mental conditioning coach who has coached the world’s most elite performers, from Ft. Bragg to HBS to the NFL and beyond. Sports Illustrated calls Trevor "the world’s best brain trainer” Author of the book It Takes What It Takes: How to Think Neutrally and Gain Control of Your Life

The Power of Mental Conditioning

Trevor Moawad is a renowned mental conditioning expert and strategic advisor to some of the world’s most elite performers. Named the “Sports World’s Best Brain Trainer” by Sports Illustrated, Moawad partnered with NFL’s Russell Wilson to form Limitless Minds, whose mission is to both optimize performance and enrich culture within some of the world’s top organizations and elite performers.

From Ft. Bragg to Harvard Business School, from elite quarterbacks to top level CEOs, Moawad’s mission is clear: to motivate the motivated. He is well known for being the mental coach to Seattle Seahawks quarterback Russell Wilson and has worked closely with prestigious NCAA Football programs and coaches, including Nick Saban, Kirby Smart, and Jimbo Fisher. Moawad has been part of eight National championship games. Additionally, he continues to support the U.S. Special Operations Community, Major League Baseball, the NBA, UFC, and many other elite professionals.

Prior to starting his own mental conditioning company, Trevor held multiple roles as both director of mental conditioning and director of the multi-disciplined IMG Performance Institute (at the IMG Academies in Bradenton, Florida). More recently, he was the vice president of Pro/Elite Sports and Mindset at the prestigious Athletes Performance Institute (now EXOS in Phoenix, AZ).

Moawad was raised in Washington State and is the son of world-renowned peak performance educator, the late Bob Moawad. Bob was an original contributor to Chicken Soup for the Soul and the former president of the National Association for Self-Esteem.

As an athlete, Moawad was inducted into the Athletic Hall of Fame at Charles Wright Academy in Tacoma, Washington, and in 2018 was selected as the Academy’s Distinguished Alumni of the Year. Trevor was an all-conference, two sport athlete, at Occidental College, the same school that produced both Jack Kemp and Barack Obama. At Occidental, Moawad received both his bachelor’s degree in Politics and his Master’s degree in Education. Moawad yearly presents the Trevor Moawad Leadership Award at Occidental, a designation to the top male and female athletes, who make an exceptional commitment to making their teammates better both on and off the field.

Trevor continues to be a thought leader in the performance space, appearing consistently in the global media, including ESPN, SI, Fox Sports, NPR, USA Today, The Herald Tribune, Outside the Lines and a number of national, regional and local outlets. Moawad costarred with Russell Wilson in ESPN’s QB2QB in 2018, as well as appearing for a third season in ESPN’s Draft Academy.

If you'd like to get your brand in front of attendees following the categories this speaker is talking about (on this page, via email and during each talk) contact us.
We use cookies This website (and some of its third-party tools) use cookies. These are important as they allow us to deliver an exceptional experience whilst browsing the site. Learn more about our cookie policy. By closing this banner, scrolling, clicking a link or continuing to browse, you agree to the use of cookies. Accept
I need help
No I need help
No I need help